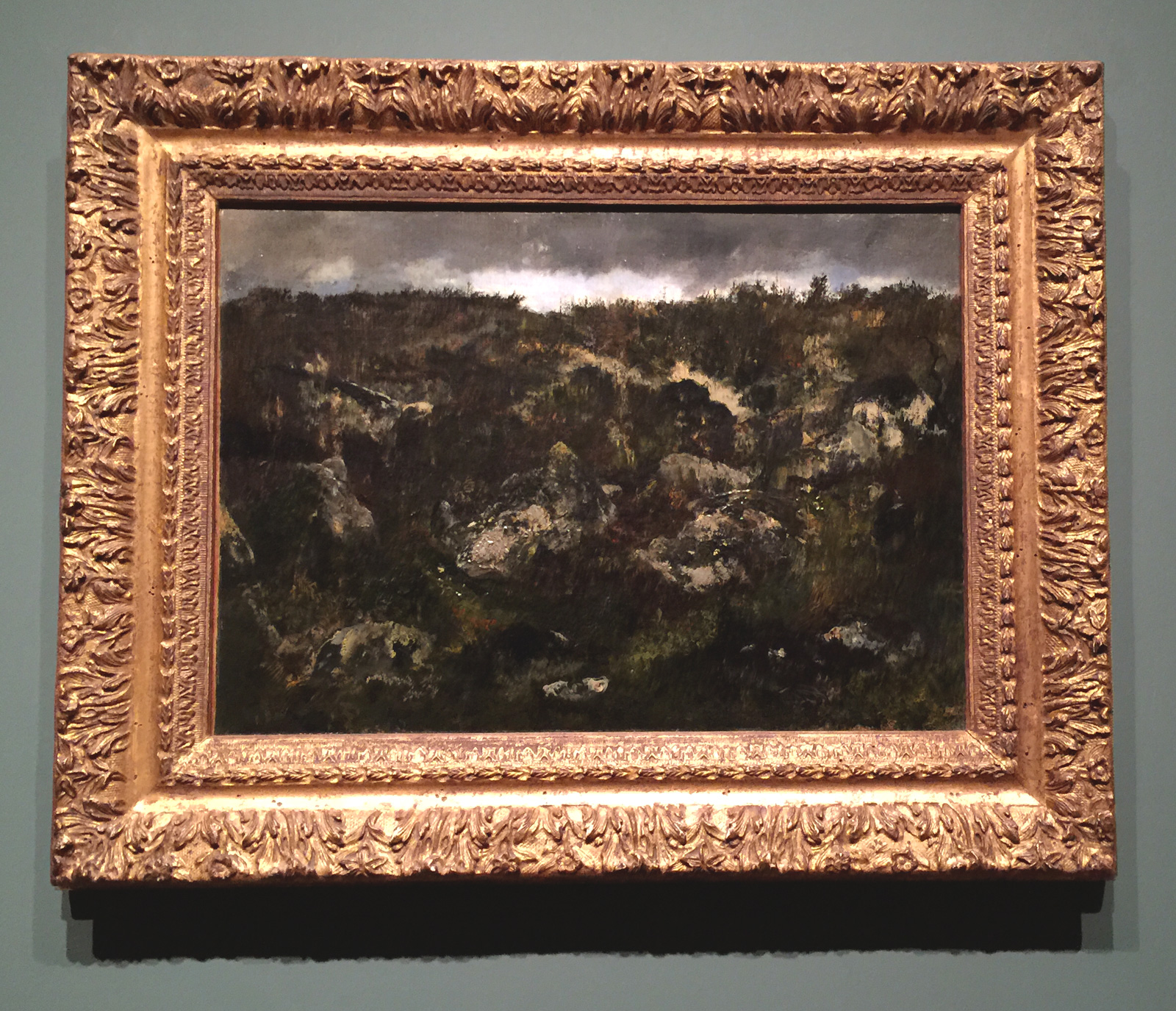 Theodore Rousseau at The Morgan Library

Went to the Morgan Library for a final visit at the Rousseau show again.  Snuck some photos for humanity’s sake.  Details to follow if I get a copy of the catalog before the cease-and-desist letters pour in.

Rousseau is one of my favorites.  He’s a contemporary of Corot’s and a bit of a second-run with the Salon.  As such, he retreated a bit and subsequently ended up selling a lot of work to Americans.  The Morgan was able to draw a luscious little exhibition of 60 works, mostly on paper, entirely from New England collections.

If you’re in NYC, it’s up for another week.  Through December 20th, I believe.