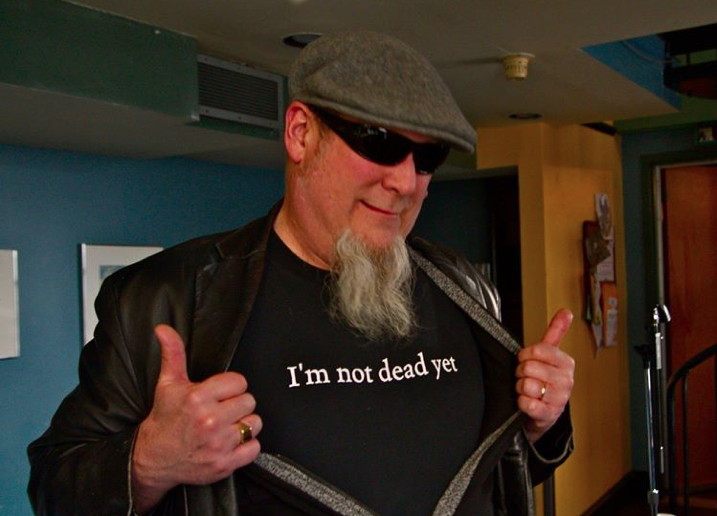 I’ve spent 20 years of Sunday afternoons listening to the radio broadcast “The Glen Jones Radio Programme featuring X.Ray Burns”, from WFMU at 91.1fm out of New Jersey, come rain or shine–including frigid Sundays listening in piles of snow on my roof, with my foot jiggling the antenna and drinking tallboys in the days before internet streaming.

Glen Jones and his co-host X.Ray Burns have a three hour program of free-form radio from 12-3pm, covering Sinatra to Elton John; Ramones to Daft Punk .  It is an eclectic show held together by nuanced themes, measured tempo and clever segues. Smart listening is rewarded.  At the top of each hour, the two men interrupt the set with banter, bickering and minutiae.  At times, stretching into a love letter to fading memories of a New Jersey-of-their-youth.  Within this are reveries on the diners, drive-thrus and food stands that dwindle in a lazy radius around metropolitan New Jersey.  You arrived at the program for the music but it isn’t long before you realize that there is an under-current of “food blog” to it.  This aspect is promoted by both hosts, but most certainly underscored by X.Ray Burns who posts tablescapes of excessive lunches and ornate dinners at home, staged with newspapers, condiments and tableware.

Naturally, a few years ago I started taking food notes from the radio broadcast and X.Ray’s editorials on Facebook–hoping that some day I too would travel up and down eastern corridors of New Jersey to sample curated selections of comfort food: grilled, griddled, fried, battered and breaded that was continually broadcast at me from across the Hudson River.

X.Ray Burns (aka Kenneth Green; aka X-Ray Burns) is a colorful character. His opinions and tastes are often larger than life.  These then are my notes from his conversations. This is a road map to Nirvana paved with gluttony. When the check comes, tell them X.Ray sent you. Bon appetite.

[The below used to populate to a visual map.  I’m leaving them here in case case that ever becomes less gate-kept in the future.]

Our dear friend, Kenneth Green passed away on February 10th, 2019.  Some of his friends offered additional X-Ray food notes.  I’m sharing those here.

James Douglas: I met up with him a couple years ago at Biggie’s in Carlstadt at his suggestion. We consumed many a bi-valve. I believe he had Clams Casino and Oysters. it was a favorite place for him at the time.

Brian Philip: He also like some place in Cedar Grove, Steve’s Sizzling Steaks in Carlstadt, Charlie Blood’s in Garfield, some Italian place in Bloomfield (loved their Clams casino), but I sure were just touching the tip of the iceberg. Be nice to get a complete list. [see below]

Jill Meier: La Sicilia in Belleville was one of the places where he waged his war on the mollusks.

All photos are courtesy of Kenneth Green, aka X.Ray Burns. X at the IBJ holiday party in boa is copyright E. Tage Larsen