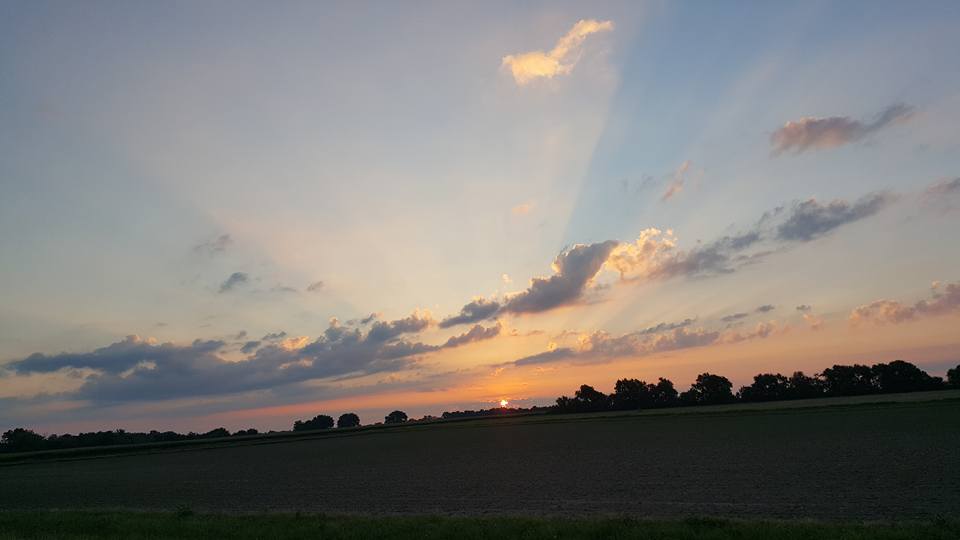 High winds, thunder, lightning and hail won’t stop Stefan Streich, who has been charging for nearly two days straight towards a little patch of earth on the Atlantic shore.  Streich pushed through the night to clear the Blue Ridge mountains, fighting exhaustion, flat tires and course corrections.

Lael and Evan have both rested for a few hours, but hold relative distance to the leader.  Lael Wilcox sits at 45 miles behind and Evan Deutsch 80 miles off the lead.

Nobody has cracked yet.  We are less than 200 miles from the line.  A time when most riders would “push through” but the three riders in question have been pushing already 100s of miles and hours into the red.  Can Steffen Streich add another 15 hours of riding to an already inhuman effort; or will he rest for two hours letting Lael close but not quite catch?

It is an epic ending to an already heroic race.

Elsewhere in the peloton, Jay Petervary has reeled Bo Dudley in to only a 30 mile lead.  Lee Fancourt was sitting at 25 midday with 90 miles to cover before the end of the race if he wants to hit Top 20, which means he’s going to have to ride over 10% faster than the riders in front of him before the miles come up short.  Fancourt’s already taken 60 miles out of those riders today.  It seems a fair bet he’ll at least get there.

MEDIA: Not TABR specific, Juliana Buhring is still expected to show up at Newton Bike Shop’s ustream feed at some point tonight.

MADE IT INTERESTING OF THE DAY: Over a week ago, I predicted Evan Deutsch for the win tomorrow at 10am – Evan Deutsch, Weds 22nd, Day 19 at 10am EST.  Anything could still happen.  But everyone that joined me in staking riders should start getting their wallets ready to make it rain on Newton Bike Shop.  Final instructions will be posted in tomorrow’s post-race report.

AUDUBON JERSEY Leader Board:  the Audubon Jersey competition will roll up tomorrow when the race leader crosses the line.  A bunch of last minute entries including a few self nominated ones from Alistair Davidson.

Barring any real last minute push by Laura Scott, Jason Marshall may have the first inaugural Audubon Jersey.  Time is running out.