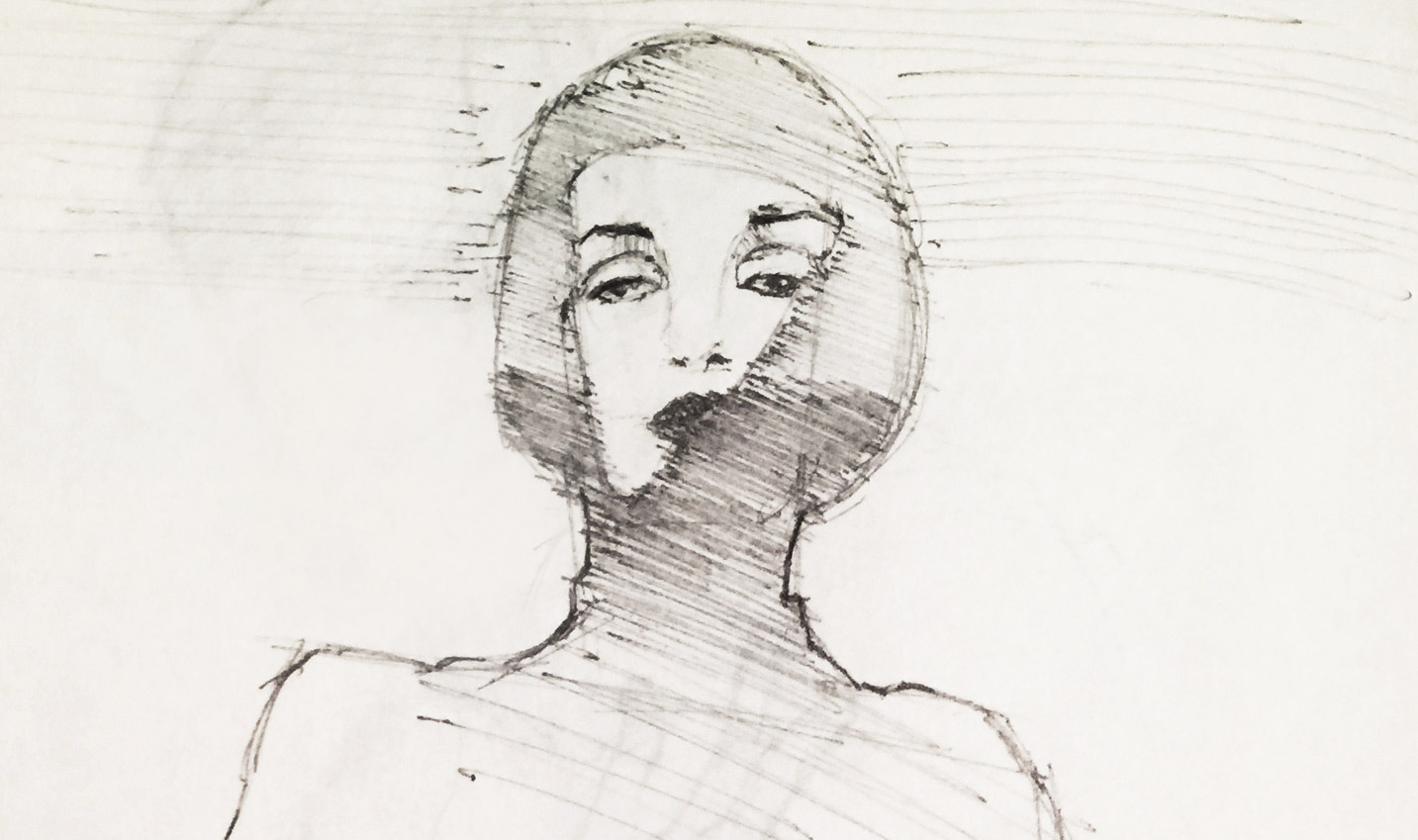 In celebration of “Inktober” – a yearly celebratory meme for the art of inking or inkers, falling within the illustration and comics crowd – I thought I would share some sketchbook stuff.  I have always had a preference for ink and have thought that Inktober is a nice idea.  As I was already going through a bunch of old sketchbooks, I thought I’d take some snaps and give you a smattering of crazed and lewd scribblings from yesteryear.  Part 1 covers samples from 1989 through 1992.  A period from the end of high school through moving from San Francisco to finish up my degree at Art Center College, in Pasadena, California.

I’ve always sketched in ink, with a preference for Uniball micro black (later also adding a Tombo black marker for deep blacks.)  Working with a permanent line forces you to accept that mistakes are part of the process and opens up the drawing.  And it stops you from getting too precious about sketchbooks.  I carried a sketchbook with me everywhere from the mid-80s until about 2000.

The examples here are in chronological order.  Some detailed notes about the drawings when you mouseover the thumbnail images.