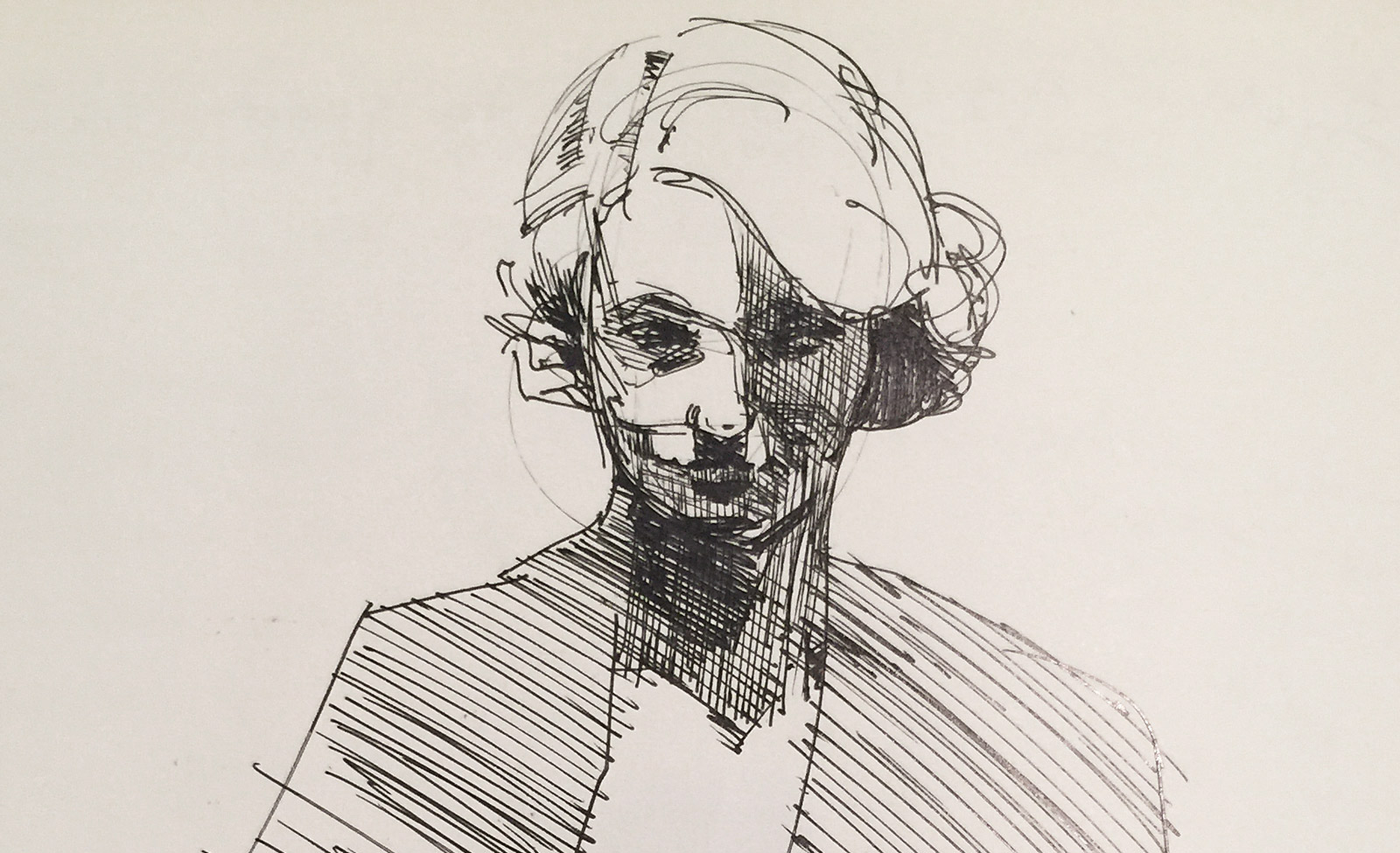 In celebration of the October meme “Inktober” – a recognition for the art of inking or inkers, falling within the illustration and comics crowd – I thought I would share some sketchbook stuff.  I have always had a preference for ink and have thought that Inktober is a nice idea.  As I was already going through a bunch of old sketchbooks, I thought I’d take some snaps and give you a smattering of crazed and lewd scribblings from yesteryear.

Part 2 covers samples from 1993 through 2000.  A period from the end of college at Art Center College, in Pasadena, California through moving to New York.

I’ve always sketched in ink, with a preference for Uniball micro black (later also adding a Tombo black marker for deep blacks.) In these works you’ll see the addition of brush pens, ultimately settling on a Kuratake 40 further down the road.

The examples here are in chronological order.  Some detailed notes about the drawings when you mouseover the thumbnail images.