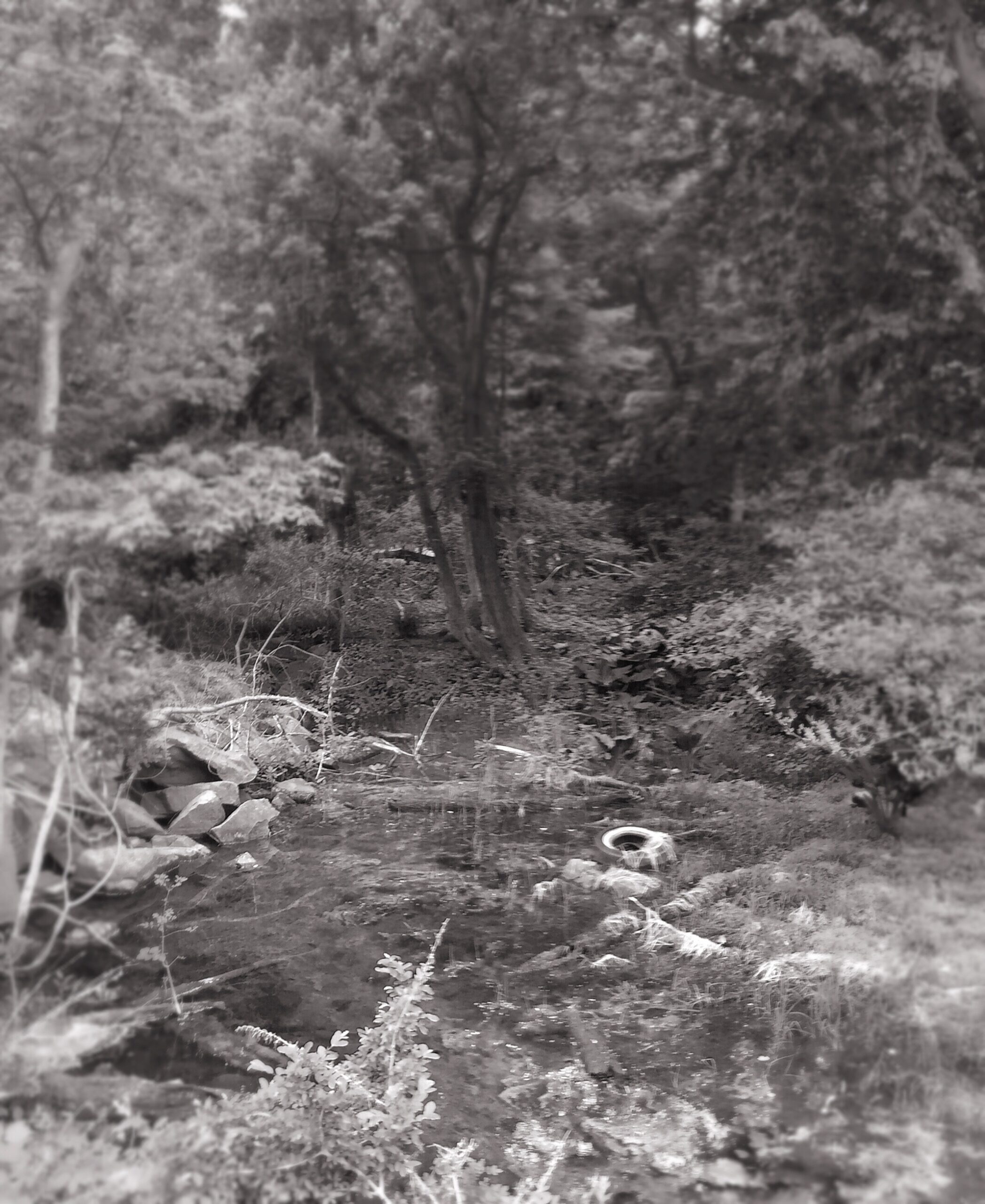 Perhaps there’s another phrase associated with a 30mi. death march into the cobbled wilds of suburban Jersey, but Nowhere Rodeo is what I came up with.  A day that was to be a monumental trek to Cold Springs from Manhattan by way of the full length of Harrington Park ended in shame, confusion, heat rage, exhaustion and bad decisions.  Oh… so many bad decisions.  After four flats across both wheels and five tubes, endless repumping… I trundle to the back end of a crumbling parking drive with my GPS device insisting I enter the gravel slope and conjoin the active rail line.  Even my Elemnt had had enough.

I checked, the next train wasn’t for an hour and a half.  Instead, I turned tail and gave up the ghost.  I turned off tracking; enjoyed the final hour of wireless music before the world went dark, and picked way back to Manhattan through thirty miles of staring at Apple Maps, making bad turns and my gummy tire inviting derision from rocketing time trialers jetting their way along comfortably.

Sometime a few hours into my morning when the gray skies seemed blue and the world not quite yet unkind, I stopped in at a Westwood shop to double down on my failing bike tube cargo.  The kind Old Salt gave me a once-over and asked, “Where you going?”

“Cold Springs.” I offered.  It’s a familiar outing not too far up the Hudson from NYC and something he would have easily recognized.

The photo is from the third time I stopped to change the tube on the rear tire.  At this point I seriously thought about walking away from the bike.  Maybe taking the new rear derailleur, but that’s it.   I took it just to the side of the road from me: a nice place; filled with garbage.  That should be state motto.