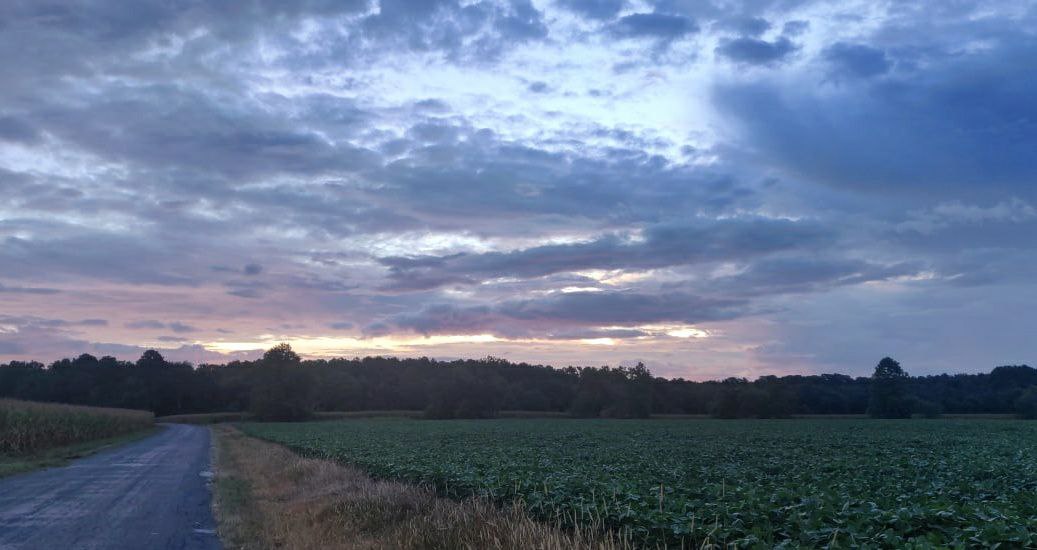 The trips down to the Virginia Shore seem to more represent extreme commuting than endurance sport. And so, I shake it up a bit.

A continual briar in the whole affair is in trying to make the 400k ride in one shot with 2 ferries dictating a bunch of the ingress/egress. Departure from NYC is later than I’d like at the earliest and bridging across Cape May is far too early at its latest. Which leaves a 125mi time trial where if you miss it by millimeters you’re effectively trapped in Cape May for 12 hours. Off season, not a big deal. Cheap hotel rooms and nice nabe; in season and even the Super 8 is five star priced because that’s the game.

I’m just not in enough shape to do that time trial in ten hours. Add some stops for water and food and you add an hour onto the venture and… nope. What to do? This time around, I took a 4am train from Penn down to Wilmington, Delaware. Delaware is at the top of that Cape May apex and if i just follow the coast down I avoid both of the ferries and get to start riding at 630am instead of the regular 8ish. On my new route, mileage there is 170mi which is doable.

Getting up early to commute by train isn’t anyone’s favorite. Started off with a new jerryrigged cargo net on top of my toptube bag. This worked to hold on a bottle of water but it always looked sloppy and never worked the way i wanted it. There’s got to be a better way to do that. I’m thinking maybe next time of adding the web to the saddle bag where the girth is a boon?

The train ride at 430AM is civil, which is what you want. And you get to Wilmington a bit past 6AM. Small train station and downtown Wilmington looks very cookie cutter modern circa 90s. Nice. Sort of Canadian nice. But quickly you are weaving in and out of methed out oxy victims literally standing in the street waiting for the slate to clap on the zombie apocalypse. One woman I had to swerve around stood over her spilled out purse with her arms outstretched at it and just staring at it for minutes. I thought of offering to help but she was not my first brain-eater and I was nimble.

Down the Delaware cape and I was just not a fan. Lots of large processing and engergy plants separated by industrial water conservation areas. Late in the day I passed a new home construction on “Discount Property Lane”. Welcome to Delaware.

Crossing into Maryland at the 80mi mark is very night and day. Maryland just seems to have better infrastructure and these great rural/forest ratio. Salisubury is about the 110mi mark and the biggest city on the day. It’s my last grasp at Wawa and my only real rest of the day. Great 30 miles of backroads and woods down to Pockomoke City. And it’s about here that my Wahoo Elmnt finally gives up the ghost on battery life. It wouldn’t be until I get to ESVA that I would learn that you can’t hot charge the Elmnt Bolt. I’d been doing it wrong. In any event, the battery life on this unit is pretty compromised. It’ll be time to re-up in the not too distant future. Fortunately, I knew the route from Pocomoke down to Swamp Palace and it was just a matter of grinding away in the dark. I finished the day at about 9pm racing the last mile down a really dark lane to get in before the thunderstorm rolled in off the ocean.

Liquids were always the biggest problem this 150mi ride. Did great about it but need to keep working this. Wasn’t great about eating but fixed that well enough on the ride home.

The Eastern Shore is not terribly wide there. I’ve got down a very nice 35mi loop. I should probably do it more often. And it wasn’t until I left that I thought I should time it for the farmer’s market in Onancock on Saturday mornings but alas… for another time.

My ride back was an option to wave the 400k flag again. Because the ferry trips are lopsided, it works a little better to one-shot it on the north route. I rolled out on a nice morning at 6am. It was darker longer than I expected and was still sort of half-light until 7am. On a sweeping bend about an hour north, I was gifted my first “wild fox” sighting. He was a low-slung affair back from a night of carousing and shuffling his way across the road. Once across, then into a tall bramble lining a culvert and he was gone. I’d like to think that his visage of me also set his heart alight but I’m going to be rational and know that this affair is one sided.

It was well windy well throughout the day. It’s the most wind I’d encountered down at the shore. It was constant and seemed to be predominantly a headwind all day. The ride north was good. A touch inland from Berlin and all of that section on was new. Snow Hill was super charming. And that was about the last of the best. Crossing back out of Maryland into Delaware was again like someone dropped a hammer on all the charming for pedestrian rural development.

I tried at going through the Great Cyprus Swamp. The map seems to think you can cross through it. But, the vague line i was trying at was a rough fire-road that eventually roped off with a posted warning about surveillance. I didn’t want to fuss through more unknown for what wasn’t likely to pay off. I backtracked and went around the large swath of swamp.

The last bit of Delaware as it funnels down to Lewes was shoulderless and chaotic. All the traffic wanted one of the few routes to get to the commercial part of the coast. I can’t imagine choosing this route again. At least not in that direction at that time in that time of year. Back to the coast I think.

I was well done with the wind by the time I hit Lewes. My timing was pretty good. I hit the second to last ferry at 430pm. Passed out for ten minutes on the ferry but the crossing was a bit rough and the choppy waves soon woke me. I was feeling ok but could definitely feel the desire to beddown and not ride through the night. Though I spent some of the time combing Bookings for cheap hotels, I ultimately decided to hit the Wawa at Cape May and at least get through the bike path section before making up my mind.

When it got dark and the wind kicked up off the ocean I finally caved. A mile long span section across some huge inlet showed me exposed to the wind. I was approaching Ocean City, NJ, a distant suburb of Atlantic City. I knew I could bunk there for a somewhat reasonable rate. I picked the world’s worst motel and the plastic on the mattress will back me up on this.

Aspirations at 400k now over, I had a pretty leisurely day 2 at about 100mi to take care of. I mostly knew the route but from the other direction. The first hour was mostly crossing from the ocean back to the trail that takes me through the Pine Barrens. I was tired and fussy. Fought the bike the whole day and had hoped to enjoy it more. I kind of just wanted to be home. Mid-way favorite Hot Diggity Dog was open for the first time. A sort of notable curbside fancy hotdog spot just as you exit the Barrens. That was an unexpected surprise as they were advertised closed.

Got to cross over Shark River for the first time this way home. It really is small. And things congest and the traffic storms in as you accrete towards the Highlands and the ferry. No real way around the traffic and mayhem with all that summer beach traffic. Should be noted that there really isn’t any shoulder on the ocean front highway, compounded by rush hour traffic. Other than that, an easy ride across the Hudson Bay.